Touro Law Center Welcomes New Members to the Board of Governors


Touro Law Center is pleased to announce that Frank MacKay, National Chairman and New York State Chairman of the Independence Party, and Jeffrey Starr, Executive Vice President and Chief Counsel for Capital One, N.A., have joined the Board of Governors. The Board of Governors, chaired by Howard M. Stein, a partner at Certilman Balin Adler & Hyman, LLP, includes approximately 45 members and has had a significant role in the development of the law center.

In 1995, Frank MacKay became an organizer in Ross Perot’s run for the Presidency and became active in local third party politics. By the year 2000, at the age of 31, MacKay became the youngest State Chairman of a political party in New York State history, and has been re-elected as State Chair of the Independence Party of New York five times. The Independence Party has grown significantly under his leadership – it is the largest third party political organization in the nation with more than 350,000 members.

Jeffrey Starr is currently the Executive Vice President and Chief Counsel for Capital One, N.A. He joined Capital One in 2006 with its acquisition of North Fork Bank. Starr served as Senior Vice President and General Counsel at North Fork Bank from 1997 until the 2006 acquisition. Prior to that, he was employed by Wickham, Wickham & Bressler for five years acting as legal advisor to North Fork. Jeff began his legal career in the Los Angeles office at Finley, Kumble, Wagner, Underberg, Manley, Myerson & Casey with a focus on labor and employment law matters. He then spent four years at the New York firm of Lord Day & Lord, Barrett Smith as an associate specializing in corporate and real estate transactions. 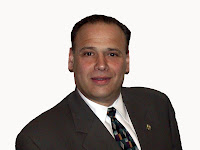 Touro Law Center's Office of Development, Alumni Relations and Communications is proud to announce that Barry Smolowitz ’84 has been selected as Alum of the Month for the month of June. Mr. Smolowitz was an active member of the Touro community while attending law school and remains engaged through Touro Law Center’s Alumni Council and special event committees; as well as attending various alumni and student events throughout the years. He is also the first Touro graduate to lead a major Bar Association as president of the Suffolk County Bar Association from 2007-2008.

Barry M. Smolowitz currently has his own law practice in Kings Park, N.Y. He is also an adjunct professor at Touro College Jacob D. Fuchsberg Law Center and Long Island University C.W. Post. He is founder and administrator of the Suffolk County Bar Association’s Research Center (ERC), is the Director of Technology for the Suffolk Bar Center and is a past dean of the Suffolk Academy of Law.

Before practicing law, he was a Police Officer with the New York City Police Department where he received nine medals for police bravery and was nominated as Officer of the Month.